The uniform of a Saint Catherine Academy student is the outward symbol of school loyalty and pride. It is an honour to wear it, yet a student’s conduct is more easily marked everywhere because of it. To the critical eye of the outsider, it stands for the ideals this Academy is endeavouring to teach and to foster.

The administration reserves the right and responsibility to determine what is acceptable with regard to uniform and grooming.

Regular Uniform
These must be worn to and from school and to every official school function.

Note:
A student will not be allowed to enter her homeroom unless she has on the full uniform or if she has a uniform violation slip signed by the Dean of Discipline. Uniforms that are too short do not meet the requirements for being in uniform and the student will be required to lower the hem to the required length immediately and will receive a demerit. She will also be required to report to the Dean of Discipline every morning for one month to ensure that she is in uniform. If, for any reason a student will be unable to wear any part of the uniform she must present a letter from her parent/guardian to the Dean of Discipline before 7:55 am. She will receive a uniform, tie, and/or socks to wear for the day and she is responsible to wash and return them within five school days. If regulation school shoes cannot be worn, the student must wear her tennis shoes. If a student reports to school out of uniform without a note, she will receive a demerit the first time and a demerit plus one hour of after school detention for each succeeding violation.

(If a student has P.E. twice in the week she may wear her House T-shirt the second day; freshmen may wear a solid colored T-shirt of any color – no designs)
Students are not to walk from or to home in their PE Uniforms. Exception students who are on school teams who stay late for practice.

This includes any occasion when students are not required to wear uniform.
a. Slacks or jeans are allowed, no shorts, or hip-huggers, capris or rolled up pants.
b. Skirt/Dress the same length as the uniform
c. T-shirt/blouse (with sleeves), length must exceed the waistband (blouse should not be transparent)
d. Tennis or sandals
e. Jewelry same rule applies as on regular days.
/p>Restrictions:
Pictures, emblems, clothing, or writing on clothing

Violations:
Students will receive a school uniform to wear for the day, be issued a demerit, and lose her right to wear casual dress the next casual day.

Repeat offence:
Two demerits and may not participate in any other casual days for the remainder of the academic year.

Third violation:
Two-day suspension and parent/guardian conference. Restricted materials will be sent to the Dean of Discipline to be claimed by a parent at the end of the semester.

Shorts, blouses with thin straps, transparent clothing, and any clothes that promote a non-Christian philosophy (e.g. T-shirts with gang, warfare, or sacrilegious signs or symbols) are considered inappropriate school attire.

Students are encouraged to accept themselves as God created them and not as the materialistic world dictates.

While at SCA, a student is not allowed to get any tattoo on any part of her body. Any previously acquired body marks must be registered at the school prior to her admittance to SCA. Failure to adhere to the Tattoo Rule will warrant a suspension.

e. sun glasses may not be worn in the classroom

Students may not wear jewelry on the tongue, eyebrows, nose, navel, upper earlobe or any other part of the body. The first instance that a student wears jewelry as mentioned above they will be called to task, 1demerit given and one hour immediate PT. For a second offence, the matter will be referred to the disciplinary committee. The result may be a suspension.

Excessive jewelry will be confiscated and logged by the teacher at the Accounts Office. These items may be picked up by parents within two weeks and a fee of $25.00 paid per item. Unclaimed items will be disposed of. The school will not be liable for damage or loss of confiscated items after the two-week period. Students will receive two demerits for the first offence. Demerits given will be doubled for each subsequent incident.

If a phone is available, a parent/guardian should call in an absence before 12:00 noon on the day of the absence. When a student returns to school, she must bring a written excuse signed by her parent or guardian. The written excuse must be specific, properly addressed, and enclosed in an envelope to be given to the homeroom teacher on the day of return. If a student needs to be out of school for a prolonged medical reason, a medical certificate needs to be presented. If she comes to school without a not or a medical certificate, the student will be sent back home.

Attendance at Mass & Other School Assemblies

Students are expected to be on campus by 7:50 am every morning.

Truancy from Class & from School

Cutting Classes
The cutting of classes is considered a serious offence. A student will receive a 0 (ZERO) grade for all tests and quizzes given for the class/classes missed that day, with no chance to make up the grade, and will receive double hours of detention.

All students are required to participate in school-sponsored activities such as Coastal Clean-up, Foundation Day Projects, Valentine Fair, Sports Days, Open House, and the Guadalupe Procession or to give four hours of community service at a site to be determined by the school administration in consultation with a parent/guardian. Failure to attend the activity or the alternative service project will be treated as truancy and the student will receive a two-day in-school suspension.

Fighting, verbal or physical, will not be tolerated. Obscene, immoral, or offensive language may not be used at any time or in any place. Students who witness such behaviour have a responsibility to report it to the Administration as it reflects negatively on the whole Academy. The matter will be referred to the Disciplinary Committee and the student may be suspended or expelled.

From 8:00 a.m. until dismissal, the students are the responsibility of the school and its administration. Permission to leave school during this time will not be given. Appointments with doctors, dentists, and business firms, or renewing of licences or driving tests are to be made outside of school hours. No one will be excused during school time unless the case is urgent. If the case is urgent, a parent/guardian must notify the principal. A call and a written note from the parent must be presented to the principal at least one day before the appointment.

No student may go to the library during recess to recreate or to eat. No student is allowed to eat in classrooms during break. No student may leave the grounds during a free period or break. Chewing gum is not allowed on campus at any time.

The café provides a variety of foods in adequate amounts on a daily basis. Since the profits from the café are used to supplement the school and to improve the existing facilities, students are expected to patronize the café, and no food should be brought from outside businesses.

Students are NOT permitted in the faculty room. If a teacher is needed please either knock and wait for an answer, or students should ask another teacher for the teacher they wish to see.

Notices will generally require approval by the VP Office for their posting. Any student who defaces a sign or tampers with notices will be served disciplinary action that can range from a warning to a dismissal.

Letters of standing for the purposes of facilitating students in their requests for visas and other identification purposes can be obtained through the offices of the Principal or the Vice-Principal. Requests for visas will only be met if the student has no outstanding arrears with the school. There is a $5.00 fee for such printed documents furnished by the school.

Change of a student’s address and/or telephone number must be reported to the Business Office immediately.

The good order and neatness of the school depends upon all. Out of self-respect and respect for each other, school property such as desks, chairs, lab equipment, sports equipment, computer equipment, bathrooms, walls, and all other school equipment must never be defaced or marked in any way.

A student who damages school property in any way will pay for all expenses incurred in repairing these damages. In addition, this student will be accountable to the Principal and a Disciplinary Referral From will be issued.

Books rented from the school are to be considered school property. It is expected that these books are to be kept covered and well maintained. No writing must be done in these books.

Reading material other than that prescribed by the school or an individual teacher is not allowed during class time.

Library Rules
The following regulations are outlined for the proper use of the library facility:

No student, group, or any person may collect or solicit money on behalf of the school without the express permission of the Principal. If a student does not adhere to this rule, a Disciplinary Referral Form will be issued to the Principal’s Office. This is a serious offence and could warrant a suspension and/or action brought by SCA’s disciplinary committee.

Students may request photocopies for a fee at the Library. If a student officer or club president needs multiple copies for school activities, she should request them from the faculty member supervising the activity. The photocopy machine in the library is available, at a small fee, to students who need copies.

Behavioural Expectations
Mutual respect and a healthy relationship are expected between students and teachers. Students are required to respect themselves, respect one another, and respect their teachers.

In the event of overt immoral misconduct that reflects grave discredit upon the school and is not in conformity with the philosophy or objectives of the school, the sanction will be determined by the Board, with the maximum penalty being expulsion.

Violations of the above rules will be sanctioned by use of demerits, PT, and suspension as the gravity of the matter requires.

The principal, in consultation with the disciplinary committee may expel any student who, in the perception of the Board, exhibits behaviour and attitudes that are not in conformity with the philosophy and objectives of SCA and which bring grave discredit upon the Institution.

Suspension
After 25 demerits, a student may be suspended. Suspension is defined as a two-week period of work on campus with the student making up missed work on her own. Note that a student can be suspended only once in her four years. A second suspension means expulsion. 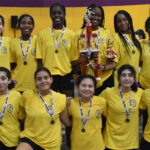 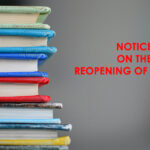 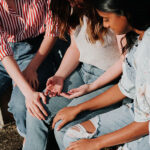